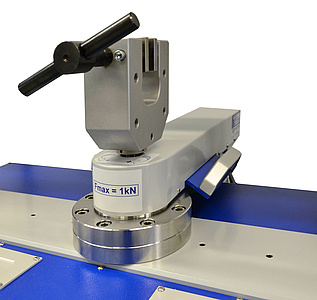 Torsion tests are an indispensable test method in many industry sectors to determine production-related properties of materials and components. The areas of application are diverse; for example, rotation angle measurements can be performed over a defined torque range. Apart from testing in the framework of conventional material engineering, torsion tests are used for components and end products in different industries:

Hegewald & Peschke MPT GmbH has developed torsion modules for this type of tests to be used in the universal testing machine series Inspekt and Inspekt table. The model for the Inspekt table series will be presented for the first time at the Control 2016 trade fair in Stuttgart.

The torsion module consists of a base plate on which drive and output are mounted. The operation of the module requires a tension-torsion sensor in addition to universal testing machine and clamping fixtures. It picks up the compression/tension strain and torque at the same time, whereby both measuring channels can be analysed separately.

The torsion modules are designed modular, i.e. they can be quickly installed into and removed again from the Universal Testing Machine. In addition, they have their own control system. These features enable the use of the testing machine also for normal tension, compression and bending tests, and the module is adapted only when torsional loads are needed. Both axes are thereby operated in master-slave mode; however, they can also be used autonomously. The complex software requirements are met by the proprietary test software LabMaster from Hegewald & Peschke MPT GmbH.

Hegewald & Peschke offers different versions of the torsion modules. In the Inspekt table universal testing machine a model with a maximum torque of 4 Nm and a maximum speed of 35 revolutions/min. is currently offered. In the testing machines of the Inspekt series a design with 75 Nm (maximum torque) and a nominal speed of 0.05 to 60 revolutions/min. is used. 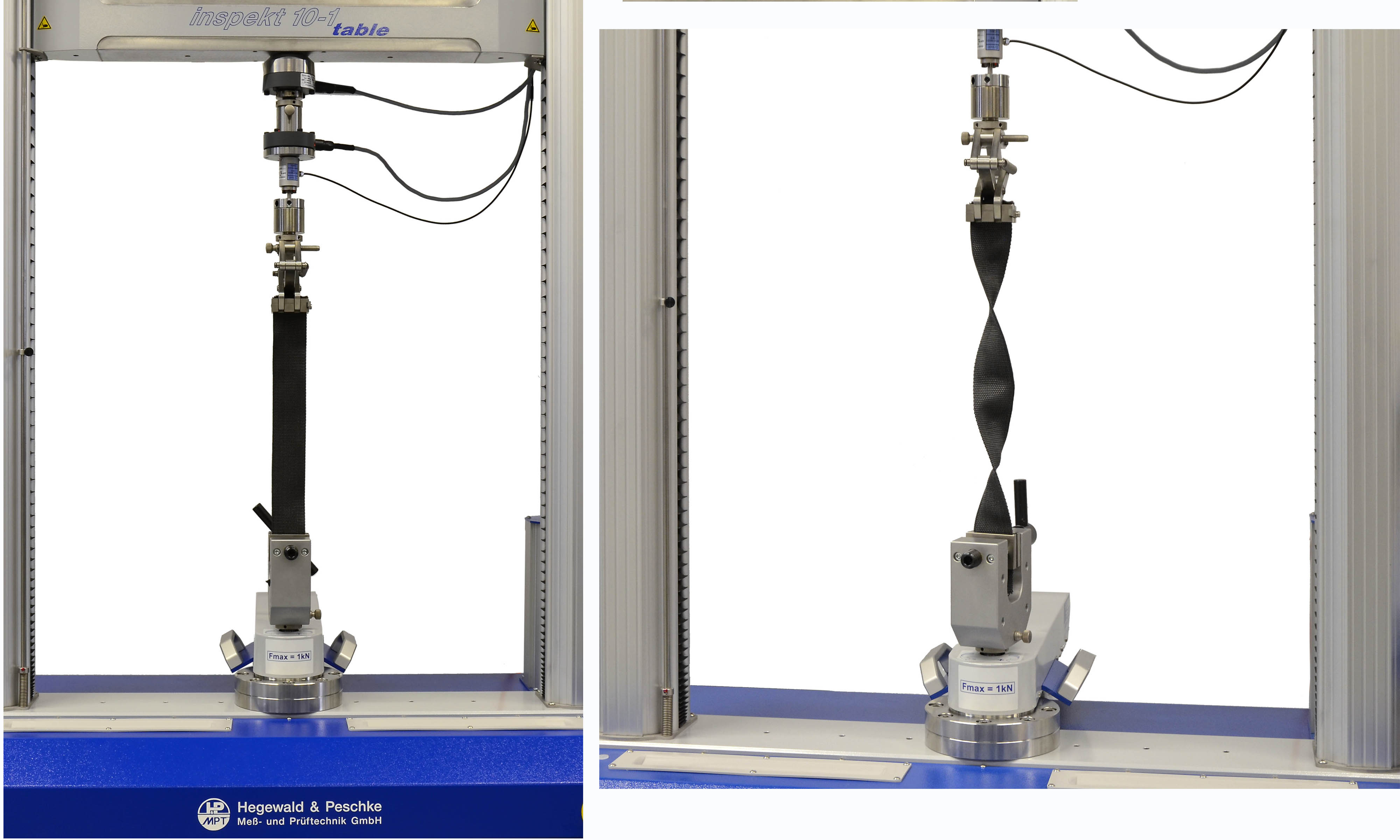 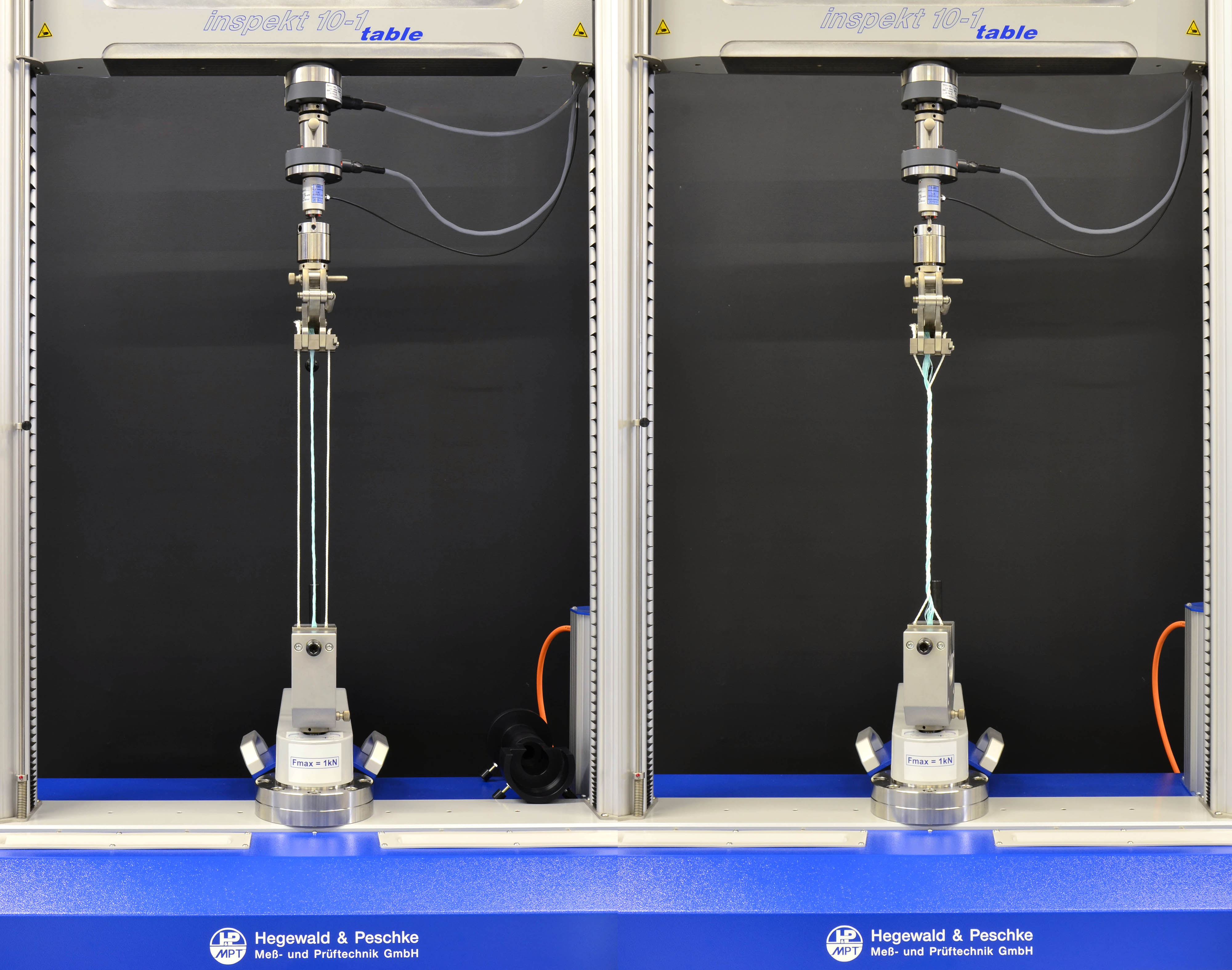 Torsion test of the twist opening of tampon packings 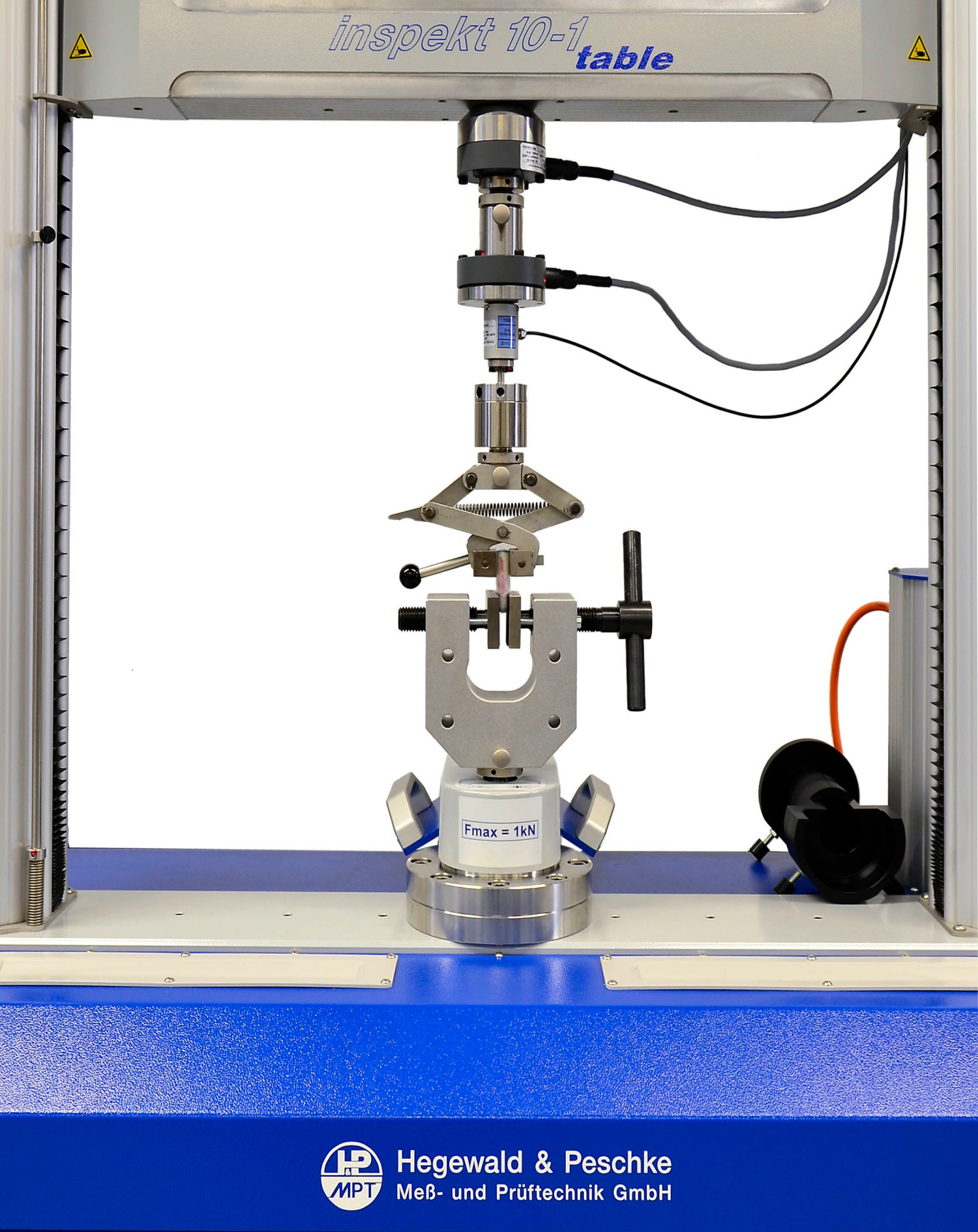