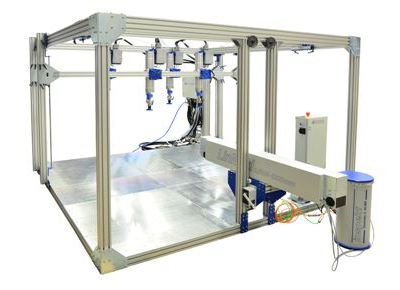 Furniture test bay for tests on chairs, tables and drawers

Kronospan was founded in Austria in 1897 and is today the world's leading manufacturer of wood-based cladding elements, especially for the furniture industry. The Kronospan Group has 40 plants in Europe and further plants in Asia and North America.

For the Polish plant in Szczecinek, where high-quality wood-based panels are produced among other things, Hegewald & Peschke supplied a universal test bay and several additional profiles. With the Calmar pro test rig, a wide variety of tests can be carried out on chairs, for example on armrests, on the seat, on the backrest, as well as side-to-side tests and table tests. Drawers, for example, can be tested with the supplied linear module.