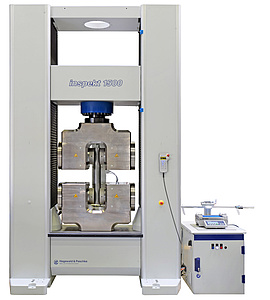 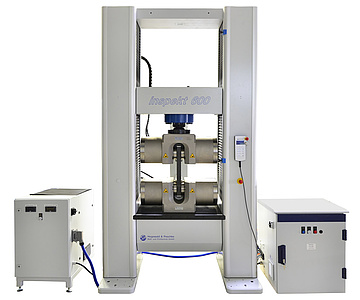 Pipes are used in a very wide range of applications. They transport liquids, gases or granulated material - under and above the earth's surface, in machines and vehicles or in factories. In order to withstand the different stresses to which they are exposed, a broad range of materials and manufacturing processes are used in the production of pipes.

The testing of the raw materials and the finished pipes plays a decisive role both in the area of research and development and in quality assurance during production to ensure the functionality and safety of the pipes in their intended use. Variuos test procedures are used, starting with the steel melting and ending with the delivery test prescribed for the type of pipe.

For testing the pipes at the end of the manufacturing process, universal testing machines of the inspekt series in a load range from 400 kN to 2500 kN are often used in practice.