Back and forth bending test on wires

A wide range of test options is available for testing wires. In addition to the universal testing machines, which can be used for classical tensile, compression and bending tests, Hegewald & Peschke also offers special testing machines for wire testing. 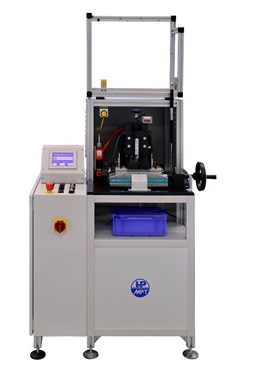 Bending test to determine the deformability of cold formed or cold formed and heat treated wires (max. tensile strength 2,000MPa) by bending the wires back and forth several times in one plane

The back and forth bending test consists of bending a specimen clamped at one end back and forth by an angle of 90° in opposite directions. Each bending is carried out by a bending cylinder with a fixed radius. The deviation of the angle is maximum ± 3°. The lower end of the wire is clamped in a screw terminal and guided through a pair of bending rollers. The pair of bending rollers guarantees a defined bending depending on the wire diameter. The upper end of the wire is clamped into a movable, motor-driven bending arm. The bending arm is driven by a servo motor. The test length can be adjusted according to the standard.

The torsion tester is used in science, research and teaching, in test laboratories and in production control during production. 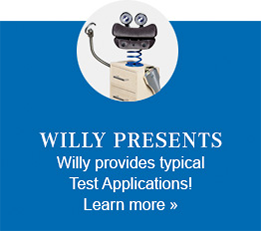