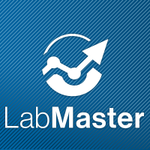 LabMaster is the universal material testing software from Hegewald & Peschke. It can be used in all areas of material and component testing. Whether simple or complex testing tasks, whether conform to standards or customer-specific, whether for daily quality assurance or for research and development purposes: LabMaster offers everyone a user-friendly concept.

With more than 20 years of experience in development, LabMaster is perfectly adapted to the testing machine and is continuously enhanced to technical progress and the further development of testing standards. User experience contributes to the fact that the testing software is always up-to-date and accords to the wishes of the operators and new standards.

LabMaster also offers flexibility in the integration of external devices, data import and export, in the form of a freely configurable test sequence for special test applications, and data storage.

In particular, with the help of its test assistant, testing processes can be individually configured, in a manner that the operator only needs to utilize compulsory parameter surfaces, auxiliary information are displayed so that test tasks can be purposefully executed and the operation is drastically facilitated.

A clear user administration with the definition of different user profiles allows the integration of testing software LabMaster in the everyday routine of the company.

With LabMaster, the user has a complete software including all test modules such as tensile, compression, bending (flexural), peel, torsion, etc. at his disposal that makes the purchase of standards superfluous. From the associated modular system, consisting of various extension modules, the user can select the modules suitable for his application.

A special kind of service

With LabMaster you get more than just software, but also a service that goes beyond the fast and correct handling of the enquiry and supports the user, for example by providing free advice on setting up tests according to specific standards.

With our application support we offer a qualified contact instead of a chargeable service hotline.

Find out more about LabMaster

»Back to product overview testing software

One testing software - All applications

The universal test software LabMaster is a user-oriented software. It is important for Hegewald & Peschke to offer a complete and flexible, clear solution. Basically LabMaster is based on practice and two user profiles: For quality assurance, LabMaster offers template-oriented rapid processing of test tasks, for research and development individualization in parameterization and for test sequences.

LabMaster is a universal test system for material testing, but can also be used for components and cyclic test sequences as well as creep tests:

LabMaster has a clear user interface based on Windows. This makes a quick introduction to the test task possible. All important functions are available at a glance. Many other configuration options are available in the background. Depending on the test task and the degree of complexity of the test procedure, the display can be adapted and options can be shown or hidden. The protocol editor intended for the result display can be set individually.

Our test assistant, which can be set up as an option, makes it easier for the user to perform the test task. The user is guided through the software settings in accordance with the defined work steps. These are processed from the input of the sample data to the printing of the protocol after the end of the test. This virtually eliminates operating errors. The well-structured workflow ensures that all important settings can be saved and reassigned afterwards. This allows stored test parameters to be recalled and tests with identical settings to be carried out again even after the test setup has been changed. The test series defines the test sequence and the use of the necessary ingredients. If the user is satisfied with the test procedure, he can save it. It is used directly for the next test.

Block program:
The block program is intended for complex, freely definable test sequences. For example, operation commands are available for carrying out cyclic tests, relaxation and creep tests, procedures for fracture mechanics tests or component testing. Programming knowledge is not required: The commands are simply entered in menu windows. By monitoring detailed abort criteria, the user has complete control over the test sequence at all times. External devices can also be integrated into the test program. For example, temperature and climate chambers or high-temperature furnaces can be controlled. I/O signals can also easily be used as triggers.

Test Evaluation/Protocol Editor:
Tolerances can be defined and monitored for all results. Test conditions and parameters such as cross-sectional area or breakage detection criteria can be subsequently corrected using the post-calculation function. This applies in particular to the calculation and evaluation of results. E-modules can be calculated using various mathematical models (regression, tangent, secant, etc.).

All data, such as results, basic and sample data, can be placed and formatted in a user-friendly way in the protocol editor. In this way, individual protocol layouts can be created with the company logo to display the results.
The clear separation of the display in preview and editing windows gives the operator complete control over the appearance of the protocol.

The standard version of LabMaster covers almost the entire range of functions - for very special customer requirements, various additional functions are available in the form of extension modules, from which the future user can choose for his application. An extensive library of test specifications is available free of charge.

External devices such as extensometers, temperature controllers, measuring amplifiers, thickness gauges, calipers or scales can be directly integrated into LabMaster. This also allows the time-synchronous acquisition of measured variables beyond force, displacement and strain. Both higher-frequency and long-term tests can also be carried out.

Further advantages at a glance:

Commercially available PCs are sufficient for the use of LabMaster. They should have at least one processor Intel Core I5-4440 3.10GHz or comparable, 8 GB RAM and at least 320 GB hard disk. Further requirements are a 100/1000 Mbit network card, a 1GB graphics card, USB 2.0 or a free LAN interface. A screen resolution of 1280 x 1024 (at least 1024 x 768) is also recommended. System requirements for LabMaster are the Windows operating systems 7 or 10 Professional.

The export of results and statistics in selected file formats, the saving of diagrams and the saving of real time data in a configurable ASCII file are included in the standard scope of LabMaster. In addition, an extended module for data import/export is available.

With the help of this additional function, data can be imported before a test is performed and exported after a test. This data includes, for example, all basic data, specimen data, results, tolerances, etc. Data import and export is possible for individual tests as well as for entire test series. Data is exchanged manually or automatically.

LabMaster can be connected via Windows System DSN to all databases for which an ODBC driver exists. As of version 2.6.0, it is also possible to exchange data directly with your own Firebird database.

With the aid of data export, data from component or material testing can be written to an existing quality assurance system or to a user-defined format. Target systems for data export can be the common quality management, laboratory information and management or customer-specific database systems.

With data import, specimen or test parameters can be imported and used for subsequent testing in LabMaster. The values of automatically measured specimens for serial testing can be assigned based on specimen information.

The creation of user-defined results is a basic component of LabMaster. Using the function User Definition/Results up to 300 results can be created in each test module. Results that are calculated utilizing a formula, however, cannot be determined with this function. In this case, the formula editor provides the operator with a powerful tool. Specimen data, results and measurement channels serve as a database for the input of equations. The use of the formula editor is particularly recommended for changing tests and tests that do not conform to standards.

With the fracture mechanics extension module, static tests can be carried out on deeply cracked specimens. Depending on the behaviour of the material, it is divided into linear-elastic fracture mechanics and flow fracture mechanics. The corresponding test specifications and procedures are predefined as templates, which indeed might be modified. With this additional module the following standards can be mapped: ASTM E399, ASTM E1820, ISO 12135.

The Multi-Workplace System module extends the LabMaster software by functions for working in a server-client environment, thus enabling several users to access the database of test results stored in the network.

This module enables several workstations to access a database stored in the network. It is used, for example, when testing and evaluation are carried out at separate workstations not influencing the testing performance at the testing machine. Changes to data and settings are immediately available to each workstation. Unlike the single-user version, simultaneous access to system settings, global settings and measurement series is blocked.

With the video recording module, video sequences of static or quasi static experiments can be recorded, stored and played back. The forces and strokes determined by the testing machine can be synchronously assigned to the video sequences. In this way, measured values can also be marked in the diagram later and the video image recorded at this time can be viewed. This function can be utilized for testing microfibers as well as to perform compression shear tests at solded parts of microelectronic circuit boards respectively. Excellently, that function can be employed for schools applying the demonstration mode.